Rules of the House

The rule of the house is:  if the chickens have been let out into the donkey yard, dogs stay inside the house.
There are no deviations from that rule; it is written in stone.

Except when one of us forgets...

This morning it was Rick.  Chickens had been out about an hour or so. I was noodling on the computer in a room that faces the driveway when I saw one of the dogs scampering up the drive in the general direction of  four girls.  I ran from the room yelling, "NO!".  Rick heard me, realized the severity of the situation and came flying up from the basement. 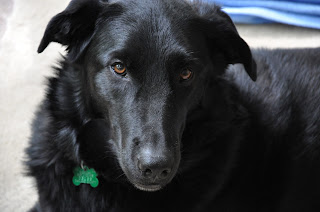 Gunner was enticed back -- by the offer of a ride in the car.  Treats don't normally get his attention, but hearing the car start and the door open did the trick. 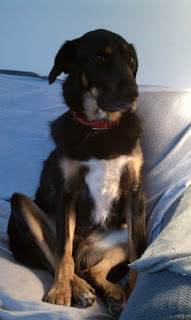 Quite the opposite with the other black dog -- food is always his motivator.  Always.

A happy ending to the story.  Chickens got locked up and dogs got a brief car ride.
Posted by Janet @ My Miniature Donkeys at 12:29 PM 3 comments:

When farrier Koren came over last, she exclaimed upon seeing Gabby, "She looks sexy!" And indeed she does.  Finally fully shed out, she is a sexy, sexy girl. 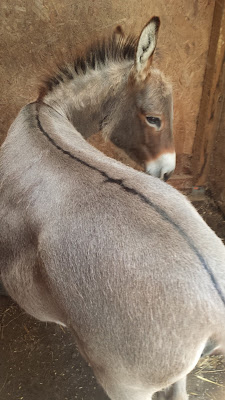 Obviously you agree.  She is sleek and sassy looking.  As I've mentioned, her personality has taken a turn for the better.  She's now more social and invites rubs  -- it only took five years! However, she'll never quite be the apple of my eye as Fran is. 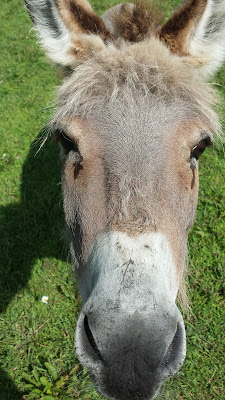 Fran is my love muffin.  I can throw straw and the other two ignore me, but not my Fran.  She'll take rubs and lovin' before
going for the meal.


And then there's Luigi, or "Weej" as I normally call him. 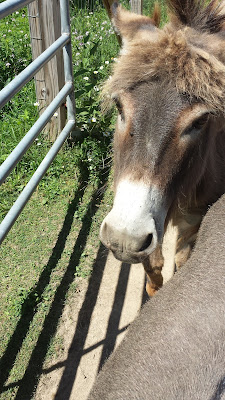 He never gets the sleek summer look that the girls achieve, but at least I can see that beautiful, Eyeore-like face without the winter fluff.

He is a gentle soul and is the most delicate take-the-carrot-out-of-your-fingers kind of guy.

How could one not love all three!
Posted by Janet @ My Miniature Donkeys at 5:23 PM 2 comments:

A couple of days ago I decided to allow the chickens to free range, well, within the confines of the donkey yard.  We can't let the girls wander hither, thither, and yon because of the dogs.  But for a bit of time they were allowed a bit of freedom.

Sheets were hung on the front gate to prevent them from hopping through the bars. 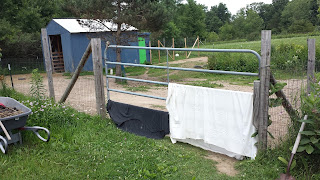 Quite elegant looking, don't you agree?


They had quite the time investigating weeds, but apparently donkey poop was not of interest. 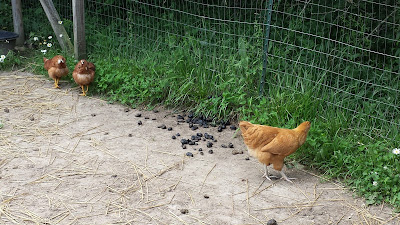 All four girls were totally intrigued with the straw chaff left by three wasteful donkeys. 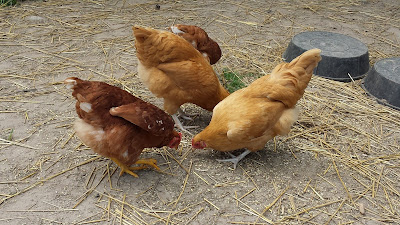 Ruby Dee, in the back, is our first girl to lay.  Two little eggs are in the frig now.  As I took the second one out of the nest box today she craned her head up to look in the empty box and appeared quite perplexed and, could she have been dismayed?  I felt quite the scoundrel. 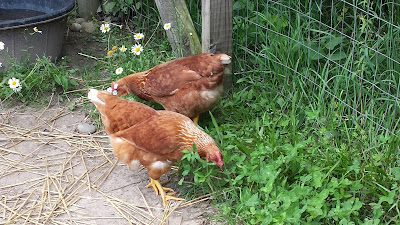 A lovely close-up of Golda Meir. 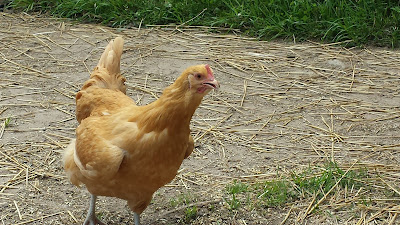 Let me add a little side story here.  After I let them loose, I settled in nearby to do some brutal trimming on one of the lilac bushes.  Its just a few feet from a wild mulberry bush.  Well, golly, now two days later I am covered in bug bites.  And I mean covered.  Rick believes they might be chigger bites.  I read that chiggers like to live near berry bushes.  Hmmm...
Itching like crazy.  I'm vowing to never trim that goll darn bush again!
Posted by Janet @ My Miniature Donkeys at 8:06 PM 5 comments:

Competition and Jealousy in the Animal World

Isn't it interesting.  Competition and jealousy raises its head everywhere.

Take the dogs.
Well of course when it comes to anything remotely related to food the two dogs demand to be noticed.   But I suppose they don't try to edge each other out because they know they'll get a turn. Perhaps they're a little more aggressive when it comes to lovin'.  If Dudley is being rubbed by Rick, Gunner will climb into my lap or (try to) push Dudley away. 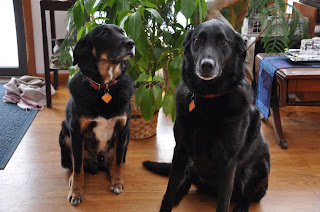 The chickens.
Poor Ruby Dee always seems to get shorted when it comes to treats.  It's become a habit that in the morning right after letting them out of the coop, I provide treats outside.  Bananas are their all time favorite, but they'll make do with apple, grapes and watermelon.  Equally relished are dried mealworms.  But for some reason my little Ruby Dee has not gotten the hang of grabbing a bite and running, as the others have.  She's still working on a piece by the time the others return for more.
Poor Ruby. 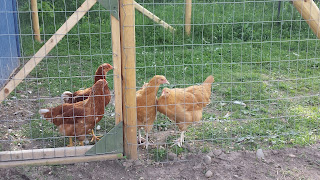 The donkeys.  Oh my, the donkeys.
They are gluttons when it comes to brushing.  I'll be in the midst of brushing Francesca, and Gabby will sidle up between us.  Again and again.  Stealthily (or so she thinks).
I'll, with difficulty. make the rounds of all three and Fran will get back in line.  "Please, another turn. It feels sooo good." 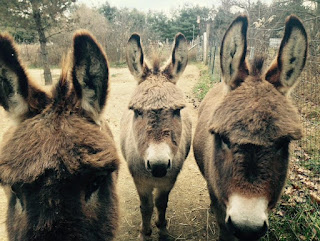 Excuse my negligence, but you'll have to make do with that shot of the donks.  It's not recent, and doesn't show how they've lost some (but not all) of their winter coats.  I'll work on snapping a current shot.
Posted by Janet @ My Miniature Donkeys at 4:21 PM 4 comments: