This past weekend was designated "get the cobwebs out of the barn and coop" holiday.  A better time could not have been had. 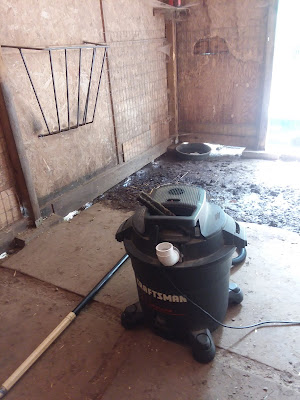 Haul the shop vac out to the barn, trying to avoid the mucky mess at the doorway.  My memory says I didn't partake of this holiday last year because of my knee.  Two years for the spiders to spin out of control. 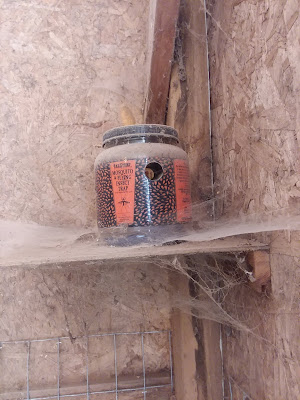 Then, time to move on to the coop. 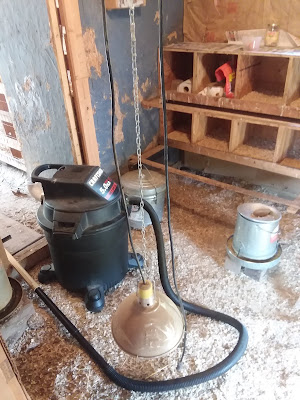 Usually the girls like to help when I clean out the bedding, but they were not drawn to this vacuuming business.

When I had finished and Rick came out to take a look, he foolishly said the barn was probably cleaner than the house.

Certain aspects of Facebook are a great asset in taking care of the donks and clucks.  I belong to one group devoted to the care and feeding of chickens.  Recently someone asked the group how they call their hens in from their walk-abouts.  Many many many people responded.  I actually sifted through most of them and found three to be gems.

We'll start with the G-rated ones first.

From Victoria:   "I sing skidamarinky dinky to mine and they come running and sing with me..."
Now, of course, you have to be old enough to recognize the song (I have no idea how to actually spell it), but this brought a smile and a chuckle.

This comes from Ernest:  "Release the raptors!"
They truly are like little dinosaurs (and my Lily sounds like one) so this also was in my save list.

Now this one is rated PG so reader beware.

Amanda says:  "I go out the back door and yell...”where my bitches at?” They come running in hopes that I’ve brought them blueberries."

All right, my crude nature has been revealed.  I find this to be the funniest of the lot. 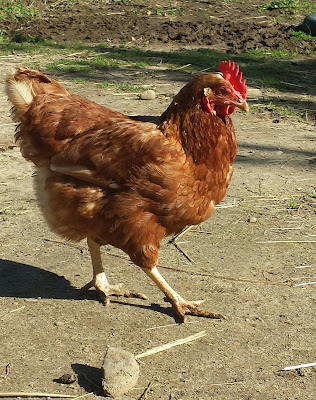 Posted by Janet @ My Miniature Donkeys at 6:37 PM 1 comment:

To be honest, I'm not certain this was truly the first watermelon introduction for both the donks and the chickens.  But I am certain it was the first time I had cut up a whole melon and offered chunks to all.

At first blush, the donks said no thanks. 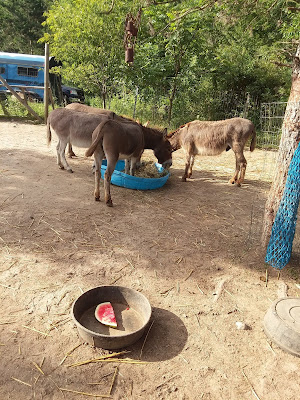 Actually I continued to find if they were offered hay prior to the fruit, they chose hay each time.  But then they decided it was OK to gobble the watermelon after their main course. 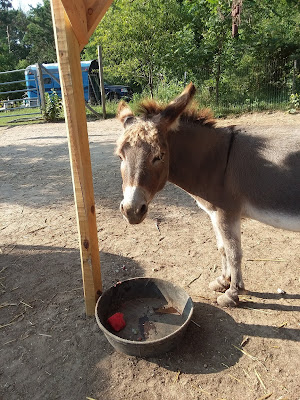 The juice is running off of Spice's lips.  Pretty funny. 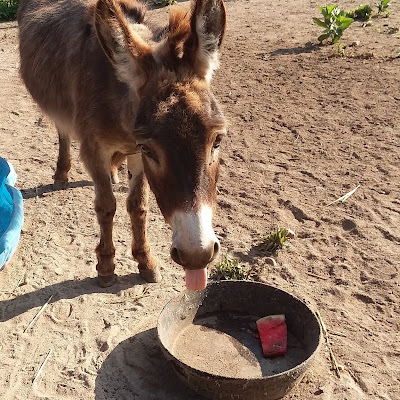 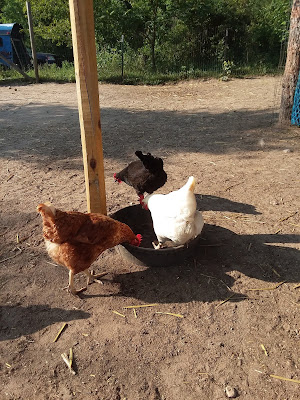 The girls check on remnants.
Did those darn donkeys leave anything at all?? 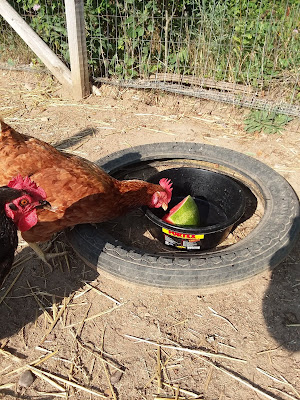 And then they discover they have their own delectable portion. 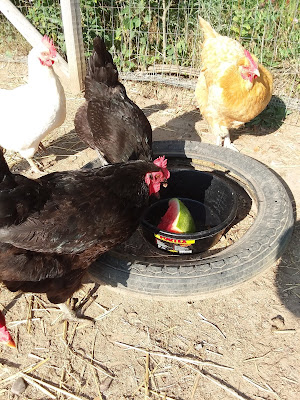 Official experiment conclusion:  Donkeys greedily gobble, rind and all.  Girls pick off every sweet morsel, but leave the rind.  Everyone votes thumbs up!
Posted by Janet @ My Miniature Donkeys at 6:37 PM 3 comments: