Spring Is A Poppin'

Spring bursting upon us 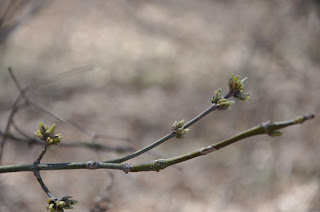 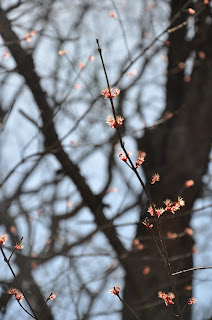 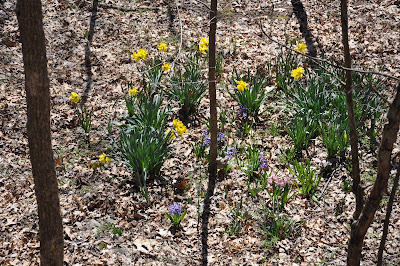 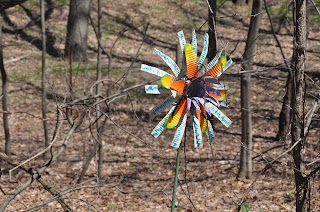 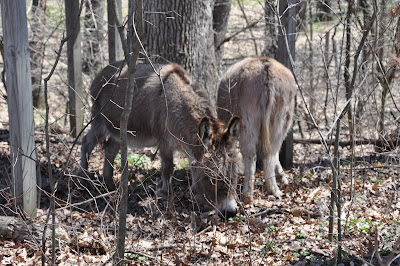 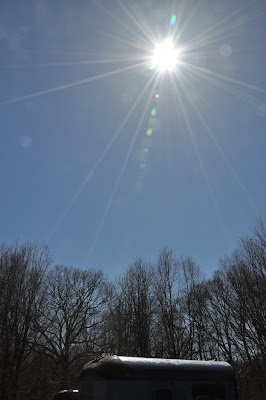 Posted by Janet @ My Miniature Donkeys at 7:54 PM 1 comment:

What a beautiful spring day in our little corner of Michigan.  Just perfect.

The donkeys enjoyed a little walkabout. 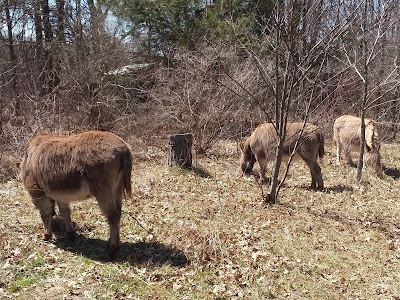 Ditto for the hens. 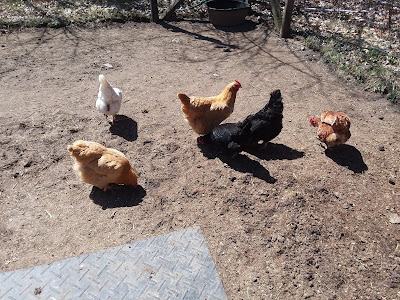 Although their heightened sense of danger in every corner is still evident. 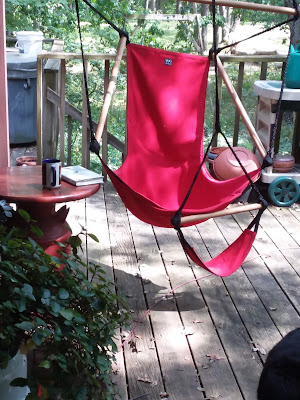 The sky chair was put up for a little Sunday reading and relaxing.

Which meant I felt compelled to make some iced tea. 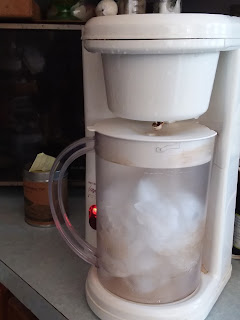 Yes, I "cheated" and used my years-old brewer.  It's just too darned easy.  Along with some decaf leaf tea from Simpson and Vail.  Yes, I highly recommend this family-owned business.  They have a wonderful selection of just about any tea imaginable, including organic teas.  And their customer service is just what you'd want.  I've called and described (in my non-fancy terms) the kind of green tea I like; they made suggestions which hit the mark.

Now it's time to start some asparagus soup for tonight's repast.

The girls are acting pretty kooky.

Peggy Sue died on Easter, that's 10 days ago.  And the girls are still displaying traumatized behavior.  They rarely come out into their pen (see below) which faces north bordering the pasture), 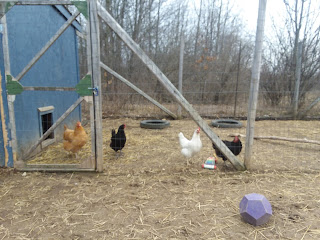 but will come out of their coop, through the donkey barn and out into the donkey yard (facing south).  While someone is there.


Today was spring clean-up of the coop, well partially at least.  The cobweb vacuuming will wait until its a tad warmer. 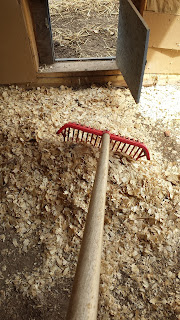 Normally the girls will wander around outside the coop while I'm cleaning, occasionally inspecting my work.  Not today.  They preferred to poke around in the barn until I enticed them out into the sunshine with treats.


Last year we lost Dottie to a hawk.  In March, same spot in the pasture.  That "coincidence" has me grasping for a connection  Took the girls less than a week and they were back to normal behavior.  Things are very different this time.
Posted by Janet @ My Miniature Donkeys at 6:50 PM 6 comments:

Rick and I were doing some "vet work" (and I use that term loosely) on Ruby Dee in the donkey yard around 1:00, leaving the area with chickens running loose roughly a half an hour later.  I went out at 3:00 to corral everyone and I knew immediately something was wrong.  The neighbor's guinea hens were squawking like crazy in a bush next to the donkey pasture.

No, it can't be.  Deja vu with the scene from last year and Dottie.  Same place.
Her body there with feathers strewn.  Had to be a hawk.  Damn it!

Lily and Lulu (Peggy Sue's chick mates) were wandering a bit looking dazed.  Calling the rest of the girls, I peered into the far pasture, checked the coop, my stomach turning with each minute of no girls.  I found them huddled in the donkey shed, Ruby Dee with her head under a hay pallet.

I'm sure I posed the same question last year when we lost Dottie.
Free range (even for a short time) vs safety.
Safest times for free range.  I moved their free time up to early afternoon to try and avoid foxes.  There just doesn't seem to be any safe zone. 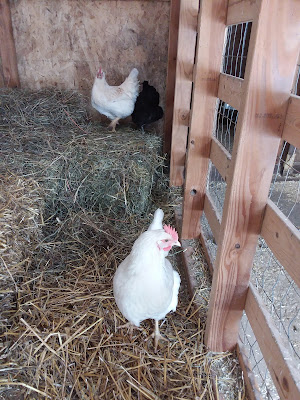 Peggy Sue on top with Lulu.
She could not be kept away from the hay aisle. 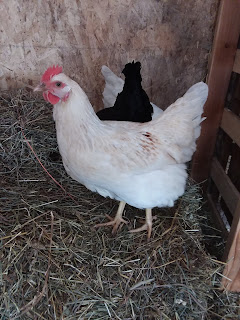 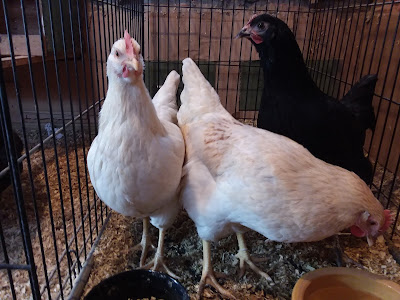 Lily on the left
Peggy Sue in the middle
Lulu on the right
Posted by Janet @ My Miniature Donkeys at 5:09 PM 8 comments: