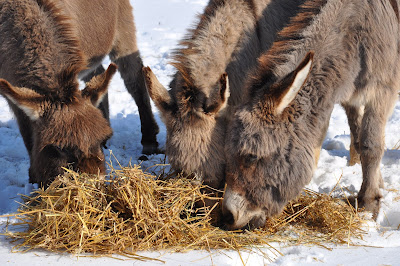 A sunny Michigan winter day.
Bliss all around.

Except for four chickens. 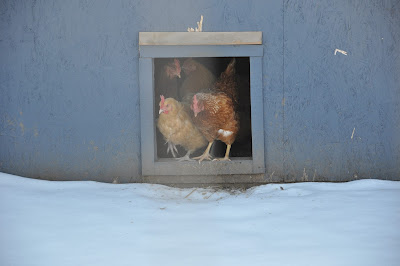 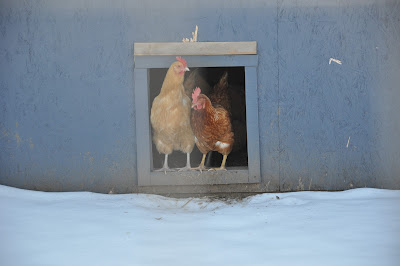 That damn snow is still there??
Nope, not touching it.
Can't make me.

Posted by Janet @ My Miniature Donkeys at 7:47 PM 4 comments:

A Doozy of a Morning

This was the sight that greeted me yesterday morning upon trudging out to feed the "darling" donkeys. 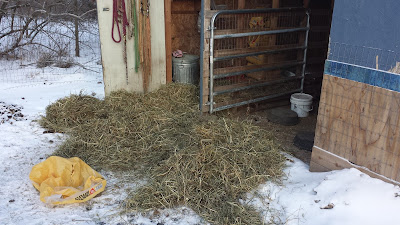 Let me back up a minute and explain.

I had mentioned to carpenter husband Rick a couple of days ago that the door to the hay aisle was getting hard, very hard, to shut.  And latching it was darn near impossible.  He explained about structural shifts with the cold temps and detailed what he'd do in the spring to help fix it.  In the meantime we agreed four precious donkeys would not be able to pry the door open, even if unlatched, since you literally had to kick the bottom of the door to close it.  Mistake #1.

Well, the damn thing must've shifted again, because in they got. 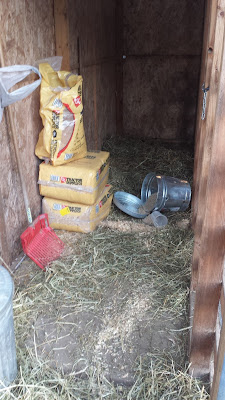 Of course, being an even-tempered individual, I calmly cleaned up the mess and continued on.

Nope, not the way things played out.  No indeedy.

After I surveyed the damage, I yelled.  And yelled a little more.  Of course they were still munching as I tried to rescue the hay that was left.  And so I yelled some more.


At one point I swatted Luigi with the back of the red plastic pitchfork pictured above to get him out of the way and it broke.  Oh good.  (fortunately I have a back-up metal fork but I don't care for it)

Finally I made it into the chicken coop to get the girls up for the morning and found a broken egg on the floor.  Usually not a big deal, but yesterday morning it was the icing on the cake.

I was doubly angry because I had prepared some nice hot slop for the donks in the morning.  Takes a bit of time to get ready and I was happily looking forward to providing this treat.  Ha!!  Took my bucket of hot slop back to the house with me.

The ingrates!
Posted by Janet @ My Miniature Donkeys at 7:41 PM 4 comments:

The Miracle of Stall Mats

What a peculiar winter we've having in southeast Michigan.  Everything's all wacky.
So, it's a little weird to have had a mud problem in December.  Snow, ice, sure, but mud?
I believe I've complained to you somewhat recently that I was not particularly enjoying constantly trodding through the inches of mud in front of the barn.

And then we had a pre-Christmas miracle.  Stall mats!

There were several discussions surrounding the thorny issue of mud.  A few suggestions were thrown on the table but did not get the necessary votes.  And finally it was decided, as yet another of our "experiments". Rick scooped out some of the muck in front and then "installed" two stall mats.

Oh my, it's the best thing we could have done.

Here's the view during the mudfest. 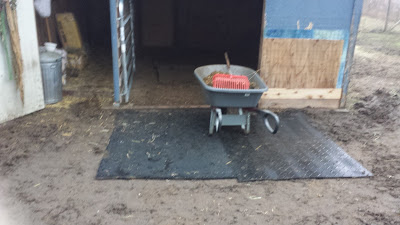 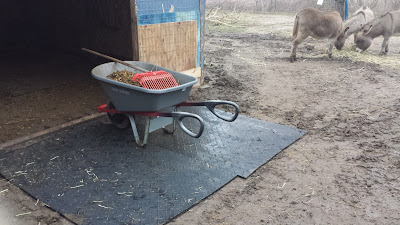 Since then we've gotten just a wee bit of snow and ice; this is a more recent view with Sweet Pea demonstrating the ease of walkability. 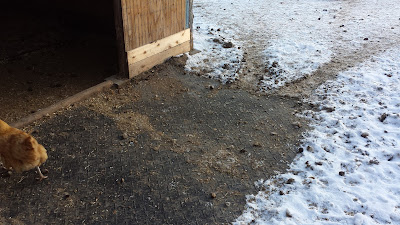 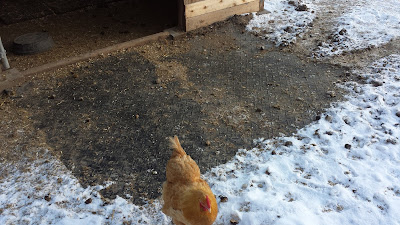 It's a snap to keep them clear of snow; although we get a bit of water seepage from underneath, thus far it hasn't been problematic; the donkeys like the flat sure footing they provide and man-oh-man, I am loving them.

Posted by Janet @ My Miniature Donkeys at 6:29 PM 3 comments: