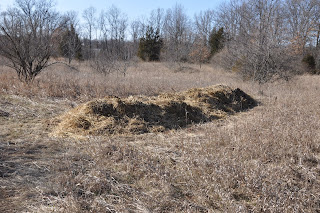 I'm always amazed at the volume of manure awaiting me, both in the morning and again in the evening. How can three little donkeys manufacture so much?

I'd like to introduce you to what I used to call the Manure Mountain. Nowadays I think it more resembles a berm, so will need to rethink it's title. Rick and I will be spending a recreational weekend in the near future by spreading it over the vacant acre. Good times... (although friend Dorothy received some over the winter to spread in her garden, testing the fertilizer factor -- better check with her before we head for the shovels)

A friend-of-a-friend says her donks conducted their own version of The Great Escape by pooping in the same place day after day, fashioning a manure mountain and scampering over the fence to freedom. Luigi, Francesca and Gabriella prefer to spread their's out, apparently believing I like to play a game of hide and seek when cleaning up.
Posted by Janet @ My Miniature Donkeys at 7:45 PM 2 comments:

The Shed That Rick Built 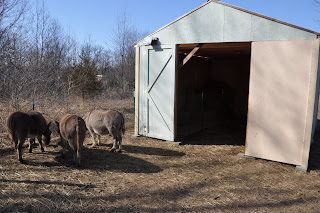 Just a little boasting on Rick's behalf. Built from the bottom up in only a weekend last September. Just days ago he reinforced the corners as the little buggers were chewing the wood.

And, please note the touch of environmental green -the solar panel boosts the boat battery powering the lights. Clever touch, eh.
Posted by Janet @ My Miniature Donkeys at 6:35 PM 2 comments:

Give Me That Foot, Luigi

Had a visit from new donkey farrier, Koren, yesterday. Francesca volunteered to go first and was a sweetheart. Hey, this is going to be a piece of cake. Gabby was next and, acted out as the beligerent youngster, testing the rules. Koren was firm but patient and, without too much resistance, all four hooves were done. Then it was sweet Luigi's turn. This is the Luigi who was by Koren's side watching to make sure she took care of Fran and Gabs correctly. At one point during Gabby's turn he was slowly, ever so slowly backing up into Koren's side (apparently if he goes slowly he's invisible). Well, sweet social Luigi was the biggest pill. Koren held firm and said, yes I AM trimming this hoof and held on tight while I manned the halter. Round we went, with the two girls peeking at us from a few yards away.

FINALLY, all 12 hooves were trimmed and smoothed and to sooth any frayed nerves, hay was served to all. Dudley, the vigilant moocher, snacked on hoof pieces.
Posted by Janet @ My Miniature Donkeys at 2:08 PM 5 comments: 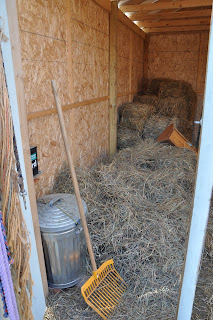 Hope the neighbors didn't hear me yelling at them this morning. I was not pleased, no not pleased at all!
Posted by Janet @ My Miniature Donkeys at 6:31 PM 3 comments: 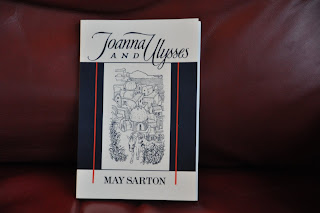 Good friend, Diana, recently sent me the book Joanna and Ulysses by May Sarton. A young Greek woman rescues little Ulysses and comes to fall for him, hook, line and sinker. A gentle, sweet tale and one for all of those donkey-lovers out there.
Posted by Janet @ My Miniature Donkeys at 5:57 PM 1 comment:

I like Flat Creek Farm's term, "The Big Muddy". You betcha. For the past week, here in southeastern Michigan, the days have been warm, but the nights have frozen up the thawing snow. Not this morning, with warmer temps. So now, there'll mud in the morning, afternoon, and evening. I keep throwing straw in the shed to try to provide some dry haven for the donks. Let's hope they appreciate the effort!

Adding to the mess, I just said to Rick this morning that we'll need to close the gate to the pasture soon. Since we've not even hit the year mark with the donks, we're following the advice of our fencer who said in order to save the pasture, close 'em in the yard and let that area turn into the sacrificial mud pen. Good times...
Posted by Janet @ My Miniature Donkeys at 10:00 AM 2 comments: