I have a million and one things to tell you but I'll confine my stories for fear of seeing some eye-rolling out there. 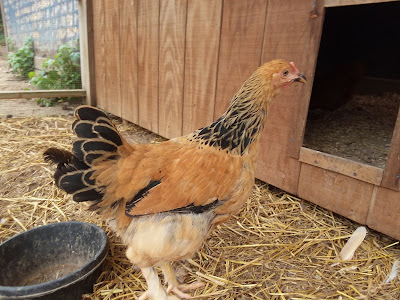 Meet Goldie.  Isn't she just the prettiest girl.
The name is self-explanatory. 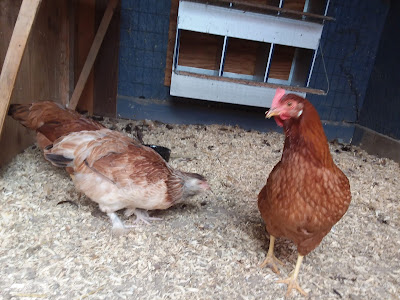 Again, try as I might for a good photo of the other three, it just didn't work.
The two reds are Marigold and Helen Reddy -- Helen has been the most assertive of the new girls sticking up for herself with the older girls.  She's a bit larger than Marigold.
And Fluffie is the fourth.  Little tufts of feathers adorn her feet.  So cute.

Without realizing it we have stopped calling the four, "the little girls" and refer to them as "the new girls".  They're integrating well, except for treat time.  That is still an issue; they let the older girls dominate and in the afternoons, after free-range time I segregate them to allow for treats.

And the new girls have started laying, or at least a couple have.  Blue-green eggs. 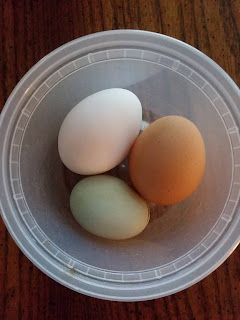 And then there are the donkeys.  Oh my.
I've just about had my fill of those four and would gladly allow them to relocate.  Yes, it's a temporary mood, but right now they can do no right.

A couple of weekends ago we went on an annual long weekend to Camp Michigania, just outside of Petoskey, Michigan.  Our housesitter extraordinaire, Judy, was here to care for the whole crew.  She told us via text the donks had nibbled the new manger so I was prepared (or so I thought) when we got home. 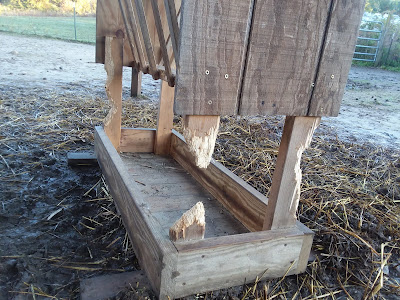 Then a couple of days ago, I let the chickens in after their free-range interlude and came upon this sight. 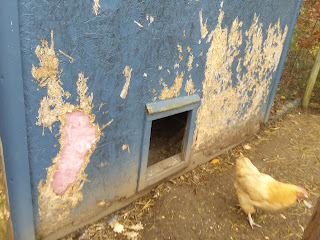 On the left, they ate through the chicken coop through to the insulation.

Why this odd behavior you ask.
Right about the time Judy came to housesit, the donks were pulled off the pasture for the fall.  There's not much out there at this point for them to munch and if allowed to graze out there will take what's left down to dirt.  Their feed has been upped accordingly.  But they're not happy.  And I'm not happy.

Last evening I threw about 3x the normal amount of shavings down for bedding and it was gone by morning.  Yup, they ate it.  This is somewhat normal this time of year but usually I can start to get a base layer down to build on.  Nope.

If anyone would like four donkeys...
Posted by Janet @ My Miniature Donkeys at 6:16 PM 3 comments:

Although the temps have cooled in southeast Michigan, the days have been sunny of late, which means good humor in the mornings for beasts, fowl, and humans alike.

Just take a look at these goofy morning donkey faces.  Leisurely munching a plate-load of hay and straw. 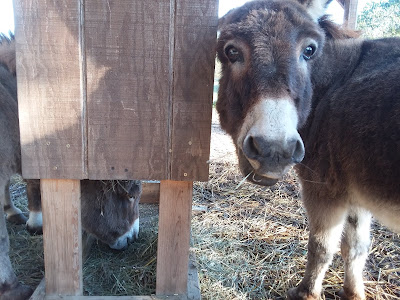 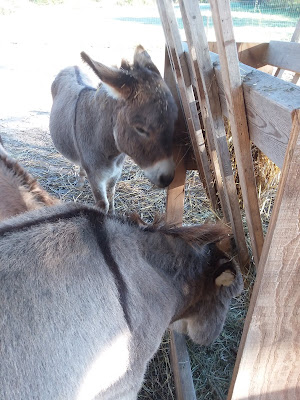 Gabby (background) doesn't have time for silly faces.  There is much chewing to be done. 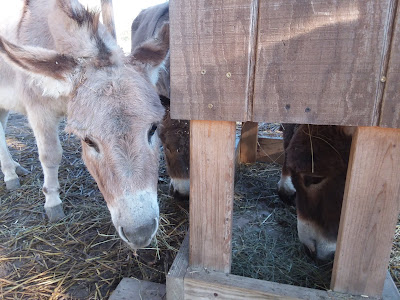 As I've mentioned, mornings are the best.
Ahhh...
Posted by Janet @ My Miniature Donkeys at 6:22 PM 3 comments:

Two Dogs and a Fish

Those residing IN the house are clamoring for the attention they justly deserve; this post will spotlight two dogs and a fish.

You've met them before, but perhaps it's been a bit too long without giving them their due.

Gunner, our Rott/Bernese Mt. dog mix, is about the ripe old age of 12.  Because he was found wandering the streets in a nearby community about nine years ago we can only guess at his age. 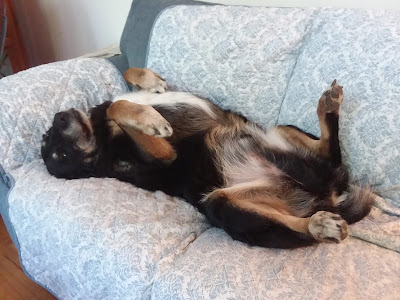 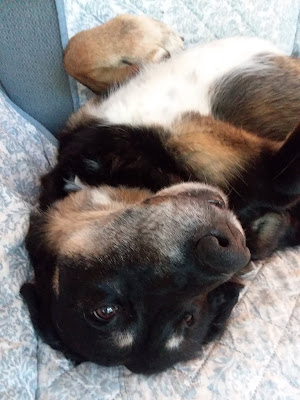 How could you not be smitten with that face!

Gunner doesn't realize the summer is fading and his fan is no longer needed.  He faithfully sits in front of it although it's not turned on.  Indeed, it has been his fan all summer. 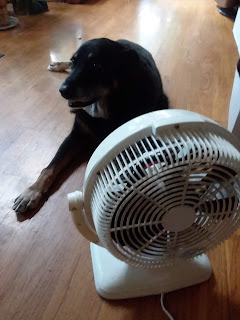 If you're a faithful reader, you'll remember when Dudley died in October 2017, we waited a few months and then put the wheels in motion to get Gunner a companion.
Voila, Faith appeared on the scene.  The greyhound Princess is only 5 years old and keeps Gun active. 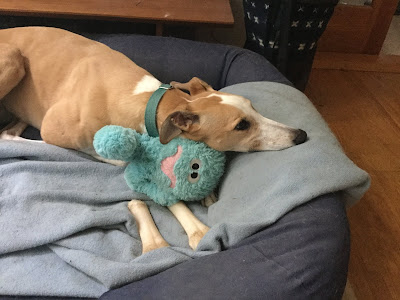 Well, not active all the time. 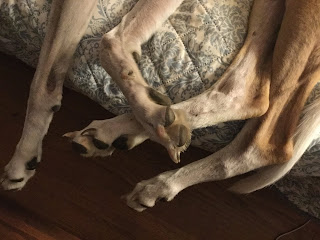 What a tangle of long legs. 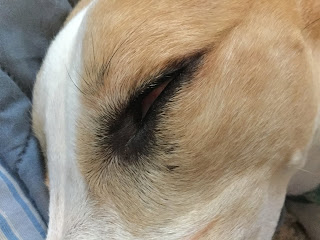 
Now I am sure this is Finny's debut on the blog and, boy he is excited. 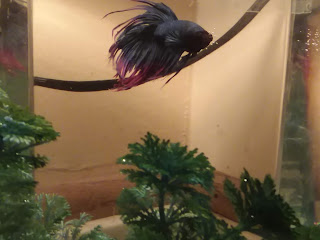 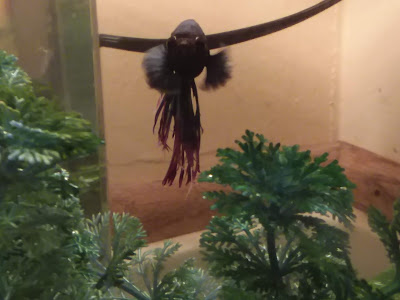 He is a beauty to be sure, and par for this house, a real food gobbler.
Our conversations are brief but meaningful.

Posted by Janet @ My Miniature Donkeys at 6:39 PM 4 comments: