We had to say good-bye to Gunner last week.  I'd like to tell you more about the boy, but not now.  Maybe next week.  We're all missing him. 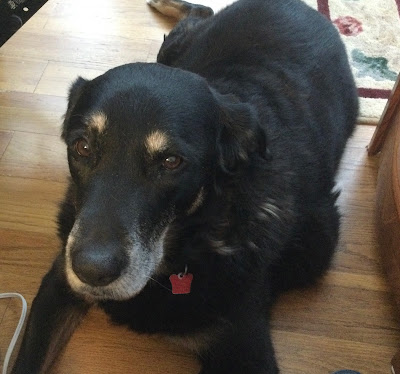 To be honest, I had been remiss in filling the inside hen dust bath.  In fact, I wasn't sure it wouldn't be a waste of time.  Who would be bathing in the coop in this summer weather when during free range time you can bathe anywhere.  But I persevered and did my blend of wood ash (a great way to clean out the wood stove), sand, and diatomaceous earth.  Lo and behold, clearly its being used.  Oh, by the way, I also added some herbs said to be good for mite control (heavy on the rosemary).

.The flies are in full force now so donks are constantly bothered in spite of the fly spray applications.  A nice breeze on a lazy Sunday morning was helpful in allowing for a pest-free breakfast.  Volume up to hear contented chewing by Sugar.

Speaking of eating, if you're on Facebook, take a peek at Jacques Pepin cooking videos.  They're usually under five minutes and I am always fascinated at his down to earth cooking style.  And of course his ease in the kitchen is enchanting. 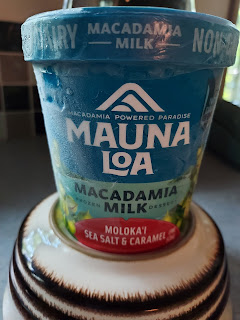 I'm glad friend Bev alerted me to this non-dairy ice cream.  Whoa -- delicious!  Yes, it's a bit pricey but  an infrequent indulgence.
Posted by Janet @ My Miniature Donkeys at 6:39 PM 4 comments:

Donkeys are deliriously happy.  First cutting hay has arrived.  Fresh and oh so green.  It is positively lip smacking good.

And speaking of lip smacking, if it's summer it must be tabouli time.  In our house there are certain dishes one only enjoys during certain seasons.  Tabouli is one.
But wait.  We don't prepare it in the traditional fashion with lots of parsley to be eaten as a salad.  No no.  It is stuffed into pocket bread (with your favorite condiment) and eaten as a sandwich.

From my 1978 Moosewood cookbook: 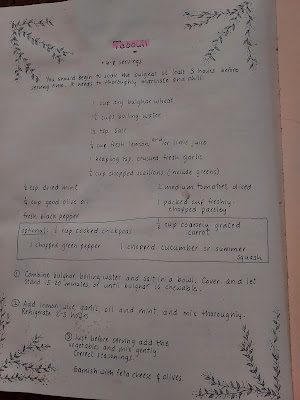 Throw in whatever veggies you have in the frig and you have a tasty summer dinner.

I've said it before (probably on many occasions) that the general public does not give chickens their due when it comes to intelligence and personality traits.  My girls are chock full of personality and sometimes smarts.  And, so you ask, who of the flock knows her name?

Without question Sweet Pea.  But she's been with me seven years.  And comes when called (well, when she feels like it).

Next, I think Fluffy knows her name.  She has only lived here since August 2019, adopted from the Michigan Humane Society.  No she doesn't come when called, but whenever she's around while I'm doing chores and I say her name, she immediately chats back.  Every time.
Fluffy top
Violet, bottom
Peggy Sue was one of the girls we rescued from a farm that was getting sold in 2018.  We literally got the last four hens of a 100 chicken flock.  Peggy comes when called, although sometimes I have to call three or four times.  But hey, same with the dogs. 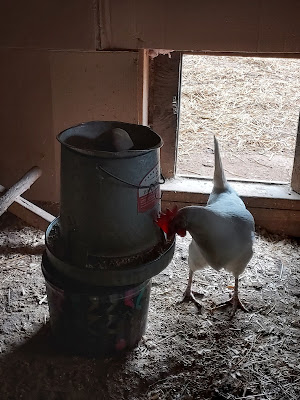 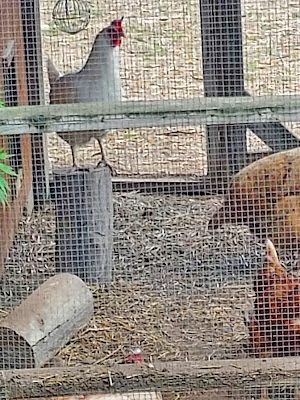 The moral of the story -- don't shortchange the girls.  They're talkative, like to help with chores,  strongly bond to people, and best of all, are often hilarious.

Posted by Janet @ My Miniature Donkeys at 6:47 PM 5 comments: