My Chickens Have a Sweet Tooth

During the more frequent heat waves we have encountered in Michigan this summer, the girls are partial to summer treats -- frozen blueberries, watermelon and their usual banana.  Spinach and lettuce -- poo, only if they must and I simply do not offer any delicious sugary options.  It is clear they only eat it as a last resort. They attack their fruit treats with aggressive gusto, pouncing on pieces and running to a different area in the coop to make sure no one steals their treasure.  Sometimes it's a little disturbing to watch.  Equally disturbing is their enthusiasm for eating eggs.  Cooked or raw.  I still have a hard time with that one. 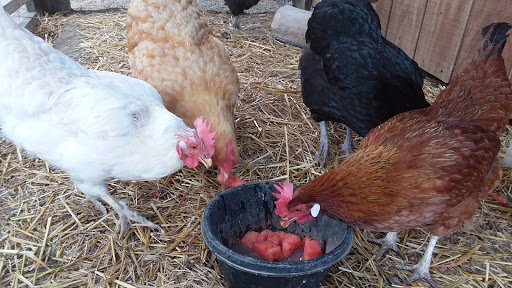 I discovered through reading Fresh Eggs Daily that you can provide cold water for them to drink (I would not have assumed it safe at first blush) .  So on these steamy days I fill a tray with iced water; they spend several minutes sipping. 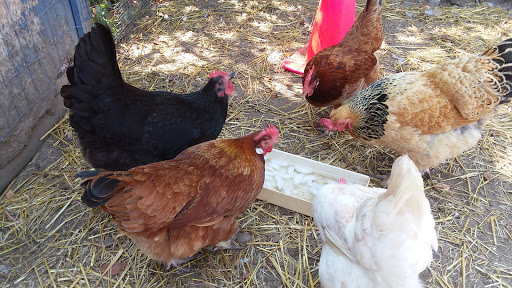 As I've said I like morning feed the best -- everyone is calm, relaxed and pleasant to be with.

Just be forewarned.  If you stop by to visit, make sure you have a banana or two and you'll be greeted with open wings.

Posted by Janet @ My Miniature Donkeys at 5:48 PM 4 comments:

Visitors to Our Teeny Tiny Farm

Sometimes we have visitors pop in.  Some hop in, some slither in, and some fly in. 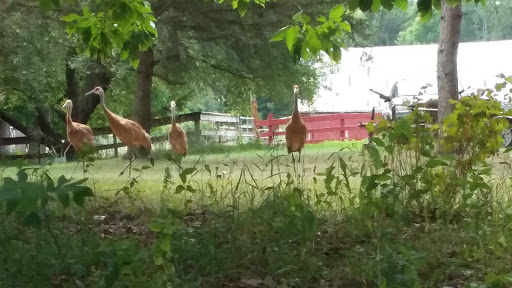 And some walk in.
I'd say about half of the human kind who wander in are smitten with either the chickens or the donkeys, or both.

And here's the perfect example of smitten. 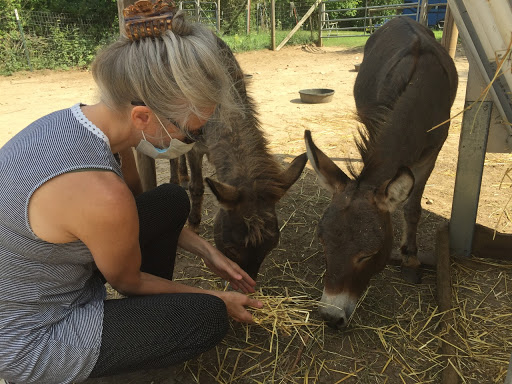 Amy oohed and aahed and generally fell in love with the donks.  And it was reciprocal.  Anyone who will give treats and scratch a derriere is A-OK in the world of donkeys. 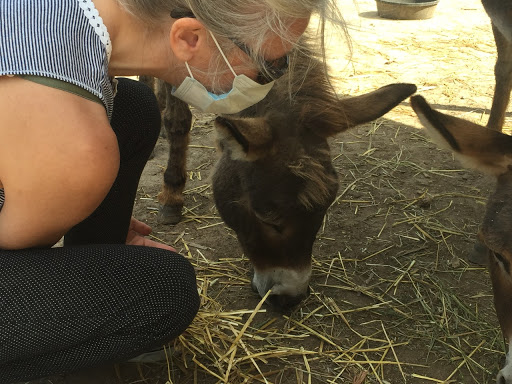 And, of course, I believe they know those who have kind hearts and generous spirits.

From many years ago, back with the original three amigos, long-time friend Diana was completely in love. 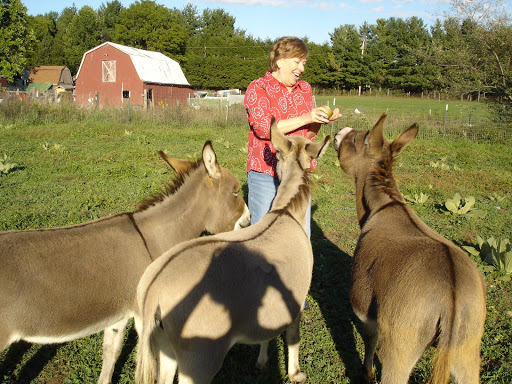 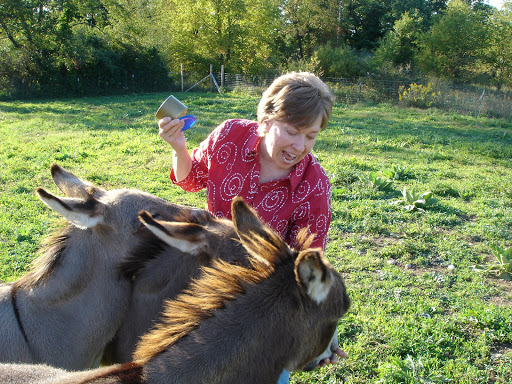 You can see the joy on her face.

The neighbors next door are a little more blase. 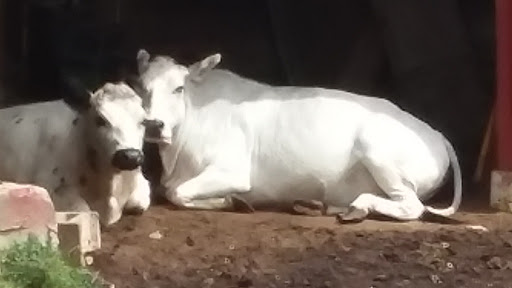 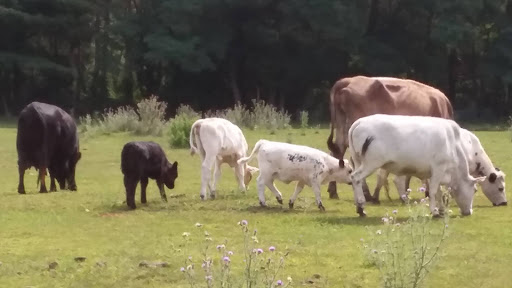 And the three babies in the middle don't give the donks a second look.  Too busy growing up in the world.

Posted by Janet @ My Miniature Donkeys at 6:19 PM 3 comments: 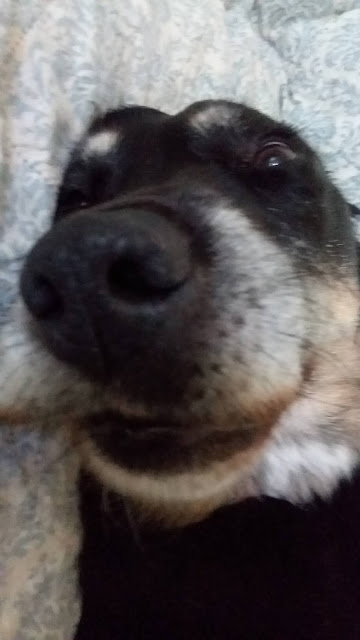 Gunner, now approximately 13 years old, but cute as ever 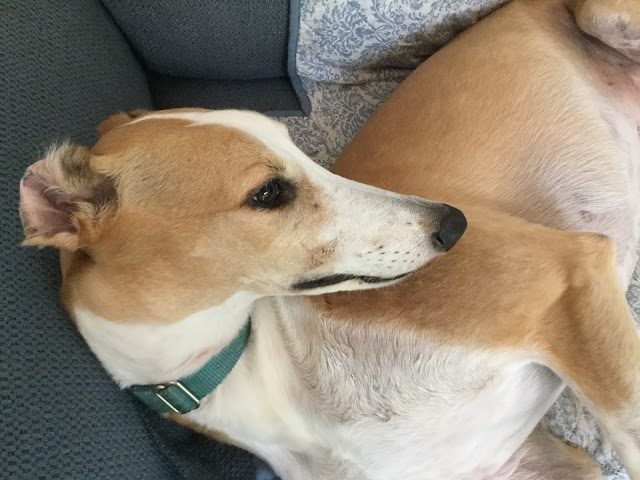 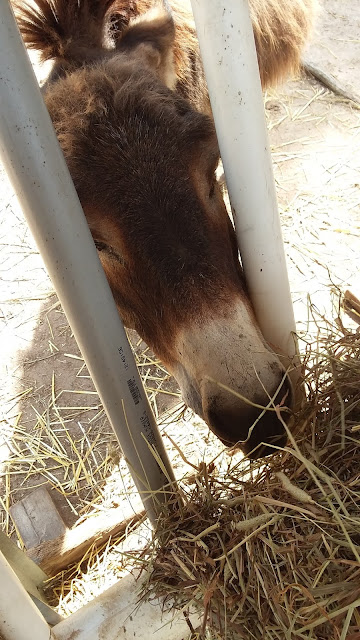 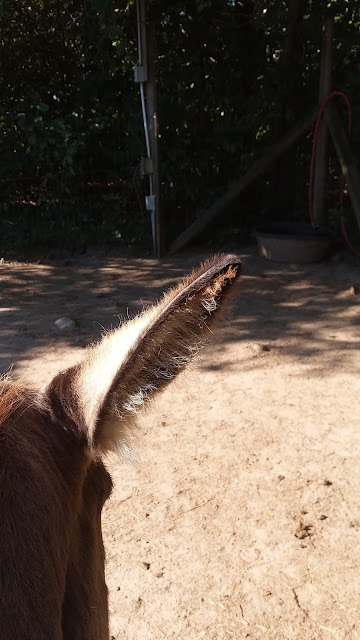 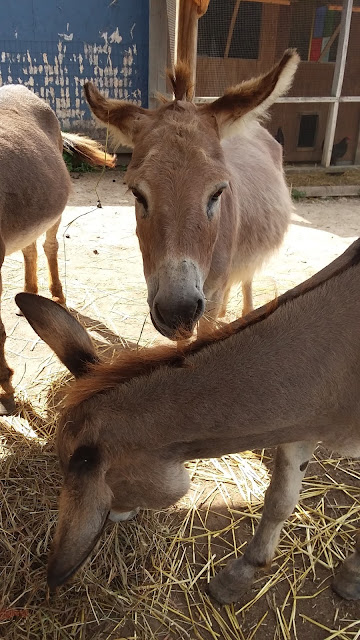 Sugar and Spice, sisterly love
Clucks Bring Up the Rear 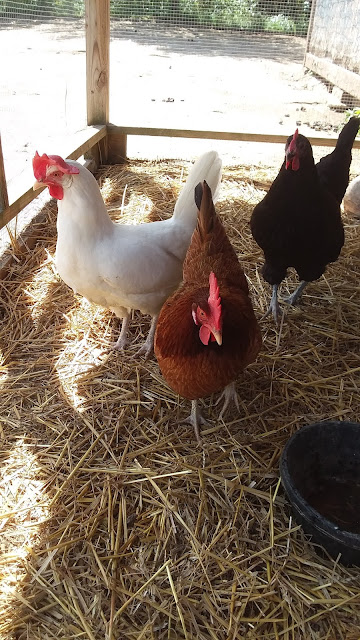 Peggy Sue, Marigold, Joannie B
"Someone said there were treats!" 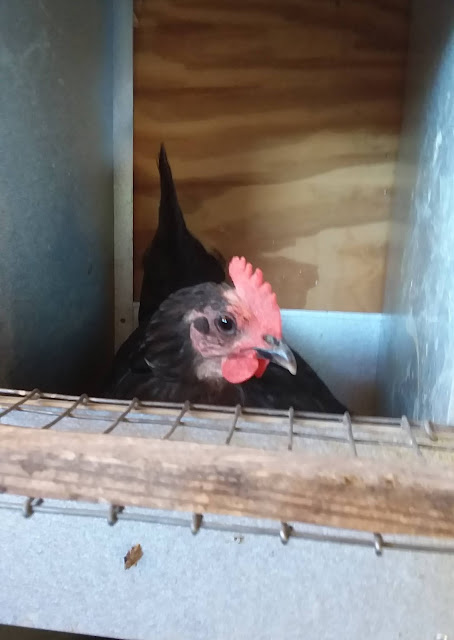 Nothing to see here, move along.
Posted by Janet @ My Miniature Donkeys at 6:42 PM 1 comment: