This week's visit to SASHA Farm Sanctuary was unusually pleasant.  "Well, isn't that interesting", you murmur and add "pray tell, why would that be?".

Allow me to set the scene.

It has been an unusually warm week for May in Michigan.  So, yes, doing chores at the farm was more perspiration-laden than normal.  BUT, two high school interns were on the scene assisting, which meant we had more time to wipe our brows and sweet-talk our favorite babies. 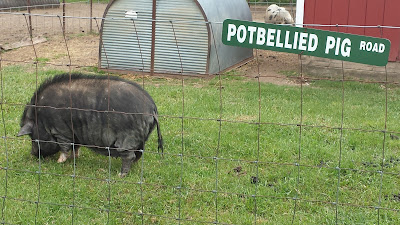 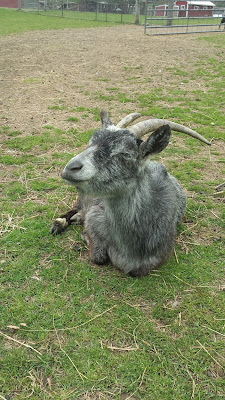 sure wish I knew this cutie's name 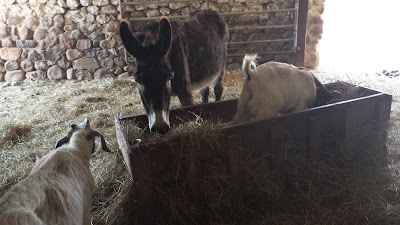 As gorgeous as this donkey face is and as much as I'd love to give him some hugs, he does not like to be handled.  So we must admire from afar. 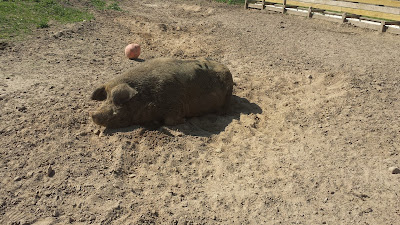 I think we all feel like this from time to time 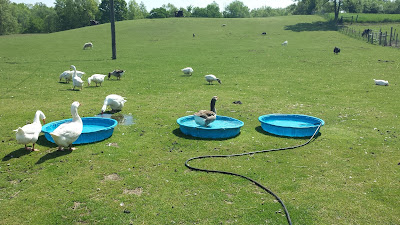 In the midst of cleaning out the geese pools, I snuck a shot 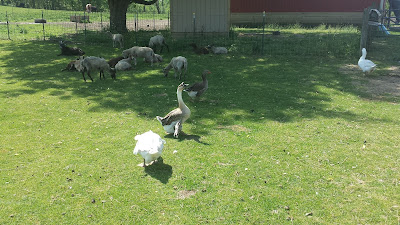 If you look closely, the co-mingling of goats and geese comes into focus 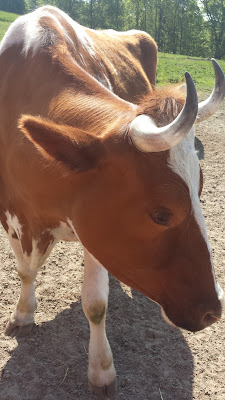 Last, but most certainly not least, there is Tod.  Apparently he jumped the fence between the cows and pigs and felt more comfortable with the latter.  And that is where we found him - blocking the pig pasture gate.  Every week I find someone new to fall in love with and Tod won me over on this visit. 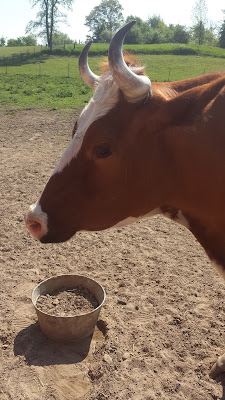 A nice profile shot is always handy for the portfolio.
Posted by Janet @ My Miniature Donkeys at 6:51 PM 3 comments:

Yes, we're up to five now.  Chickens that is.

Doug, the local bread bakery owner, lost two of his girls to we-don't-know-what-but-it-might-have-been-a-hawk-or-a-fox within a week and didn't want to keep the third girl locked up, miserable but safe.  So, he asked if I wanted another hen.  OK, I said. 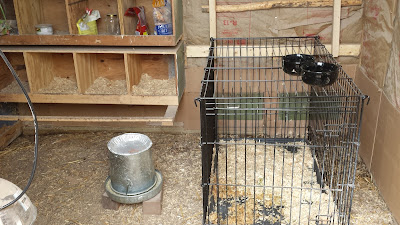 Never having introduced a stranger to the flock, I consulted with my chicken mentor and she suggested placing the newbie in a cage within the coop.  The regulars could see her, smell her, talk to her, but not get into any tussles.  Aha!  I'm acquainted with that technique with equines, so it all made sense. Rick said, why not the dog kennel we're not using -- brilliant! -- nice and big.

Buffy arrived Saturday afternoon and stayed in the dog kennel until this morning, Monday.  As I opened the kennel door to get her food and water bowls (now on the top of the cage), she escaped. She wanted no part of that darn kennel anymore. 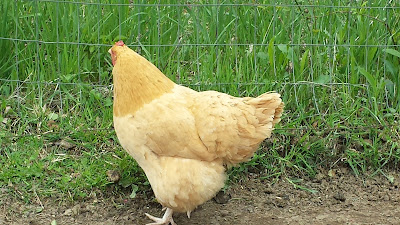 (I thought Sweet Pea was my linebacker, but Buffy now gets the title, She's a big-un.)

Anyway, when she escaped the kennel and ran out into the donkey yard, where the rest of the girls were, Golda charged her a few times but then seemed to settle.  I chastised Golda each time, and I know you won't believe me, but she stopped. 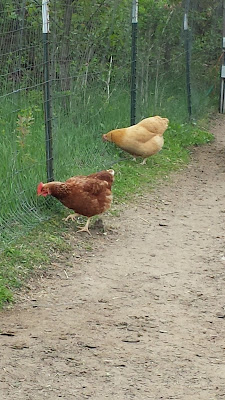 The hens was confined to the coop and pen until this afternoon when everyone was released for free-range time,
Ruby and Buffy fraternized for a bit.


However, when I went out later to pull the donks in from the pasture and gather the girls back into the chicken pen, Buffy was in the coop on top of the dog kennel.  I guess that's her safe spot for the time being.  So we don't have integration yet, but I'm hoping in a couple of days, she'll get the lay of the land and feel more comfortable.

By-the-by, she was already named Buffy and we decided her full name as Buffy St. Marie fit better with Ruby Dee and Emmy Lou than Buffy the Vampire Killer.  Don't you agree...
Posted by Janet @ My Miniature Donkeys at 8:02 PM 3 comments:

Donkeys Oh So Eager for The Spring Pasture

A couple of days ago I sat with four donkey nuts on the driveway so they could get their fix of green grass.  When I first started doing this  a few years ago, I had to string a rope across the driveway to ensure there were no escapees (a few times they did escape and it was no easy feat getting them to leave the across-the-street neighbor's lawn).  But now they seem to know and respect the rules.  I take a chair, a short whip and a book, and keep an eye out while reading. 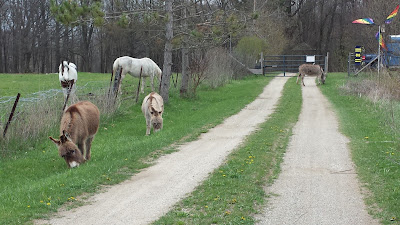 It's just a tad too early to let them out on the pasture.  Looks nice and green from a distance. 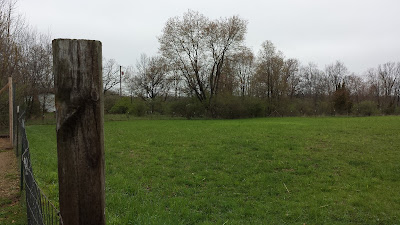 But when you get up close... a different story. 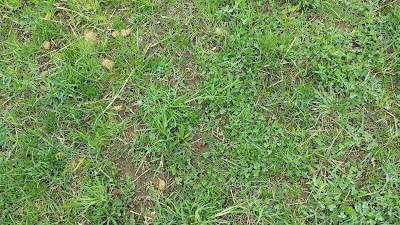 Weedy and not so lush.
We've worked so hard on the pasture and never seem to get ahead.  Yes, we threw seed in the sparse patches in March, but don't see much reward for the labor and money spent.

As I strolled around the pasture, everyone was on high alert.  Donks and chickens alike. 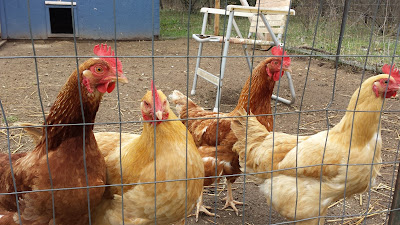 And here's the whole gang

Just keep your shorts on little donkeys, only another week or two...

Posted by Janet @ My Miniature Donkeys at 8:02 PM 5 comments: