Ciao!  My news:  I returned a few days ago from a two-week trip to Italy,
I was greeted with affection and exuberance by certain members of the critter crew.  (The names of those guilty of non-exuberance will be omitted.)

My favorite puppy in the world leaped up in the air over and over (all 80 pounds) when I walked in the house.  Here he is in a more conservative pose. 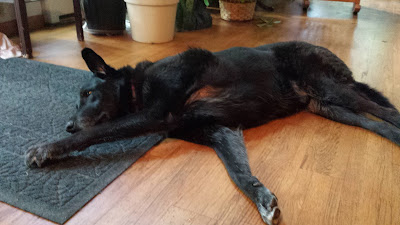 Out in the donkey yard, of course, it was my Fran who greeted with me with extra affection. 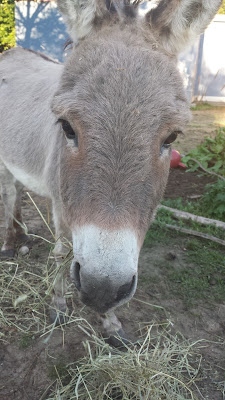 The other donks were pretty much business as usual -- where is a treat -- but Fran just wanted some hugs.

And surprisingly, out of the four clucks, Ruby Dee was most attentive.  I would have placed money on Sweet Pea. 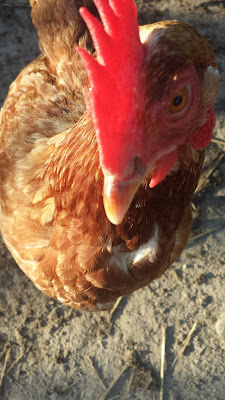 As for the trip, it had been a dream for a few years.  No tour, I did the planning myself (whew!) with the help of a friend who has family in Italy and knows the ropes.  Almost six days in Florence, then to the countryside of Tuscany for another six.
Bellissimo
Posted by Janet @ My Miniature Donkeys at 11:33 AM 4 comments: