Tools of the Trade - Use what You've Got

I got so tired of walking in ick in the donkey barn.  For quite some time the three hooligans have decided the primary place to relieve themselves of bodily fluid is the dirt entryway.  A few years ago we tried putting drainage materials there, but we're back to muck.  I said to Rick, "can't you find a couple of board to use as a cross walk"? 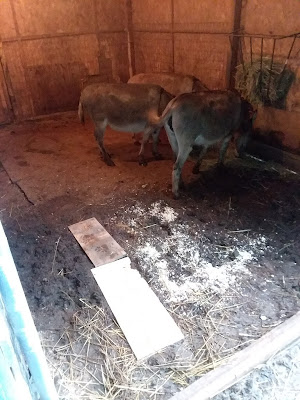 Basic, yet effective.  Mostly.  The hens like to use it too and often when I'm doing morning chores and they're roaming around, traffic jams erupt.  My guess is the donkeys ignore the boards.

After we found our brand new chicken waterer was empty entirely too soon after filling, I said the darn thing was leaking.  Rick said the base wasn't level and it was slopping over the edge.  Turns out Rick was right, darn it.  So he removed the wooden base, leveled the dirt floor and placed two cement blocks as the new base. 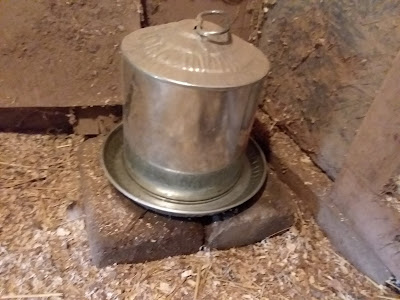 It may need to be raised higher to avoid debris, but so far it's not been too dirty.

Of course we've talked about fans, fans, and fans.  The big girls have a fan in their side of the coop, as do the little girls.  And the donks' fan not only provides a slight breeze, but helps shoo-fly shoo the pests. 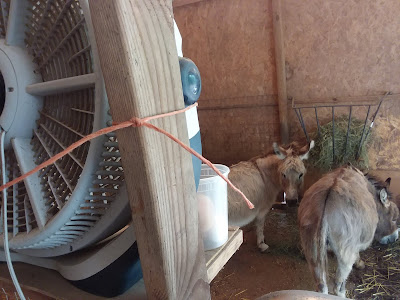 I tend to feed the donks in the barn in front of the fan after their afternoon pasture time so they can cool down and get a brief reprieve from the flies.  I've read other chicken people complain about flies in the coops, but that doesn't seem to be a problem for us.

Finally, not a tool, but just because this never fails to amuse me, I give you the "donkey water is elixir from the gods, while chicken water is icky" scenario.

After a quite recent trip to one of the local farmers market, we now have a 10 pound box of delicious blueberries.  This has become an annual tradition after friend Mary clued me in to the farm that has "the best" berries around.   I always end up freezing a portion but a significant number of bluebs remain available for pop-in-the-mouth deliciousness.  My second favorite (vanila) yogurt pairs perfectly with the berries and I don't hesitate to indulge. 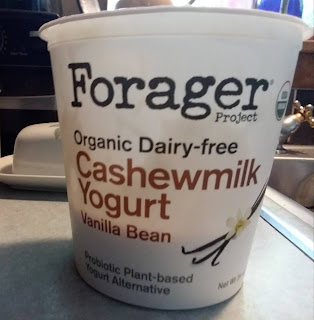 Posted by Janet @ My Miniature Donkeys at 6:57 PM