Breakfast Delights for Everyone 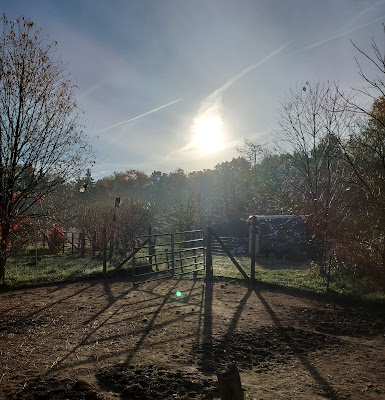 Mornings mean tending to the donks immediately, if not sooner.  They can be relentless in their demands for breakfast.

Spice takes a moment mid-meal to make sure my phone is not a treat in disguise.  Its always best to double check.  Sorry Spicie. 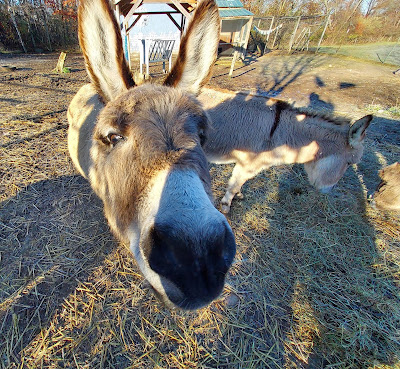 And then its time to tend to little chickie chicks who can get pretty darn vocal when they think  breakfast is being delayed.

Although treats don't come until afternoon for the flock, I have to show you the hot mess I recently made.  They swooned over the combo of banana and scrambled egg with spinach. 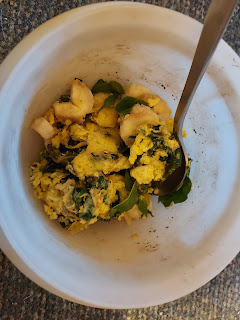 My next project is making suet cakes for the girls using coconut oil instead of grease.  My plan is to include peanuts, oats, and raisins. 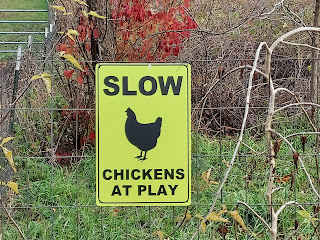 There have been three escapes recently during afternoon free range time for the clucks.  Free range means not leaving the donkey yard and pasture.  Clearly I need to send out yet another memo to the hens.  The three new girls have delighted in roaming beyond the defined boundaries.  Thankfully they continue to arrive back at the gate when I return two hours later.  Like clockwork.  The first time it happened I was perplexed at to how they escaped, but the second two episodes were clearly my fault.  On the second occasion I stumbled through thorny thickets to shoo them back in and finally decided the cuts being sustained were not worth it.

Today it happened again.  Yet again my fault, I neglected to put the barrier across the gate.  When I discovered my error and went to the gate to rectify the situation, Etta was standing there contemplating the escape she could have easily made but chose not to.  The three little girls apparently are the hooligans of the bunch.

It's the perfect time of year to incorporate this yummy Sweet Potato Smoothie into your day.  A little bit of turmeric gives it a little kick, but also provides a bit of anti-inflammatory goodness.  It really is like having a bit of pumpkin pie in a glass. 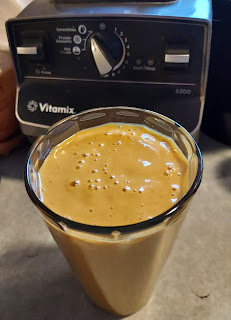 Posted by Janet @ My Miniature Donkeys at 7:52 PM